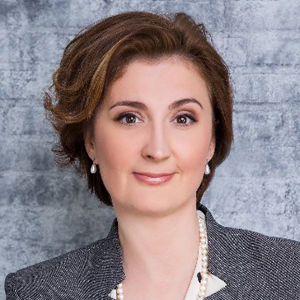 2019 graduate of the Next Generation Leaders program, the McCain Institute’s 12-month flagship fellowship that empowers the new generation of global leaders.

In 2015-2018 served as Director of the Kennan Institute Kyiv Office. Former consultant of the Brussels-based European Endowment for Democracy (EED), fellow with the European Values Think Tank, the Woodrow Wilson Center for Scholars, director of the Anti-Crisis Humanitarian Program at the International Renaissance Foundation, and political assistant of the U.S. Embassy in Kyiv.

Fulbright scholar and a board member of the Ukrainian Fulbright Alumni Association “Ukrainian Fulbright Circle”. Author of “Hybrid Analytica” report (Institute of Modern Russia) on pro-Kremlin expert propaganda in Moscow, Europe and the United States. The report examined the Kremlin’s connections with Western think tanks, universities, and research institutions and the role that these connections play in Russia’s hybrid warfare against the West. In 2005 Was awarded a Superior Honour Award by the U.S. Department of State “For sustained superior performance to promote democracy in Ukraine during the 2004 ‘Orange revolution’.

This email address is being protected from spambots. You need JavaScript enabled to view it.